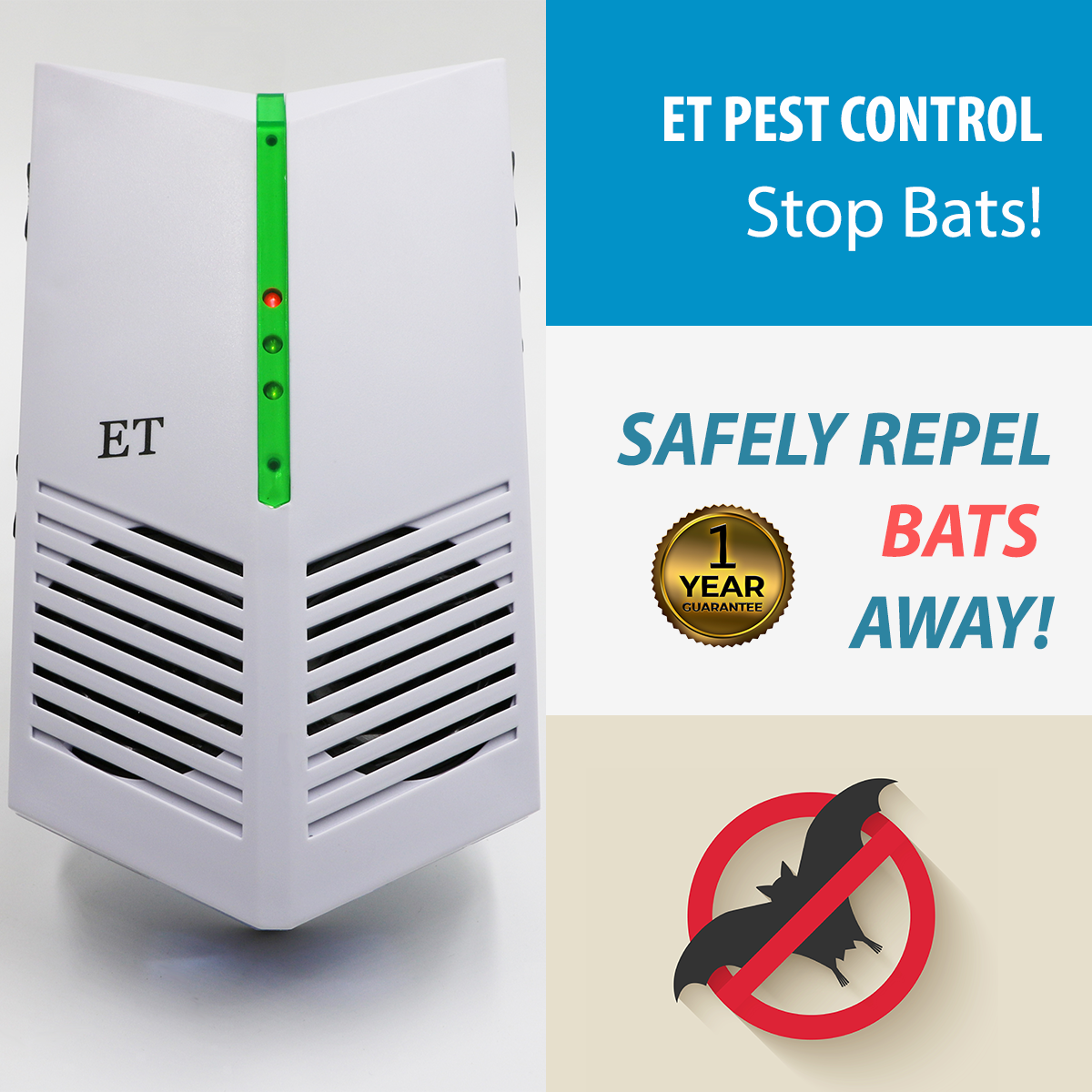 Bat Repellents – The idea of using a repellent to deal with an animal problem is an attractive one, and simply plugin a device into the area where the bats are found, or leaving a repellent on the floor below the colony is a very easy thing to do. The key feature of a Electronic repellent is, it produces ultrasonic sounds and make it horrible for the bats to remain in that location, and there are relatively few devices that can do this.

Many of the products that are used as chemical bat repellents are made using naphthalene, which is most commonly known as the main ingredient that is used in producing mothballs. The way these repellents are said to work is that they release a substance in to the air which makes the bats respiratory functions uncomfortable, driving them out into the fresh air to look for another place to call home. Because of the strong ingredients, many of these products will also include an artificial scent so that they do not become too unpleasant to the people who also live nearby. There are also sprays available, but these should be avoided as they can cause the bats to fly unexpectedly, which is not what you would want to happen.

There are plenty of different products on the market that are said to drive bats away by using ultrasonic audio pulses or by using lights. Bats naturally like quiet and dark areas as a location for the colony, and what these devices claim to do is to make that colony a less pleasant place for the bats to reside. Audio repellents are said to confuse bats and make it more difficult for the echolocation technique of navigation used by the animals to work properly, while the light makes it more difficult for the bats to rest properly. These Devices are a way better choice over Chemicals. They help remove the pests, without getting your hand dirty and poising your Space!

Over the years there have been plenty of different substances and blends that have been said to drive away bats from a colony, but in most cases these are not particularly reliable. While using mothballs, which are similar to the commercially available bat repellents is one technique that can be used, there are other tales of people using the strong scent of peppermint oil to drive bats away from a particular location.

There are plenty of reasons why Chemical bat repellents are not a guaranteed way of getting rid of bats, but the most important one to consider is that bats will need a significant incentive to leave a location where they have created their colony. In most cases, unless you catch the colony very early before the bats have become settled, repellents will not usually drive these animals away, as the attractions of the locations will outweigh the discomfort caused by any bat repellent. This is why many products will tend to have a mixed result at best, and if you are really wanting a successful way of getting rid of the animals, then excluding them using ET Devices from the roof space or cavity will be much more successful in getting rid of the animals.

Alternative Methods Of Getting Rid Of Bats

When it comes to getting rid of bats successfully, then bat exclusion techniques are the best way to solve the problem, and these work by allowing the bats to get out of the cavity where the colony is located, but then preventing them from getting back in. This is best to do it through Electronic Bat Repellents, Which use ultrasonic sounds to clean the space. Once this is done, use these devices continuously over these entry and exit points in order to keep the animals out once they leave the colony.

There are many people who will try to use traps to deal with a bat problem, but these are generally ineffective when it comes to dealing with bats. Cage traps can be damaging to the animals as they can injure the animals flying into the walls of the cage, while lethal traps such as snap traps or glue traps will take too long to deal with an entire colony of bats.